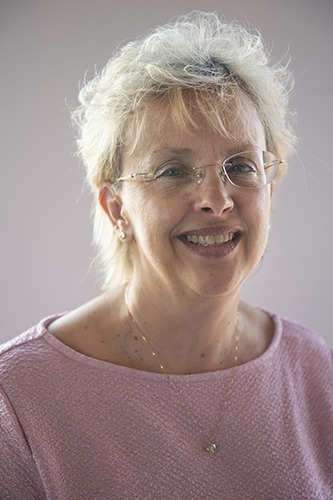 Shawn Keough on How State Board of Education is Adapting

Shawn Keogh, former Idaho state senator (and longest-serving female senator in Idaho), was recently appointed to the State Board of Education by Governor Little. The Board provides oversight of Idaho’s education system at a high policy level.

Shawn is also a PAFE board member. She joined us from her home to talk about what our State Board is thinking about and working on during the pandemic.

How the pandemic has shifted the conversation at the State level

The primary issue we thought we would be spending our time on right now is the update on standards for K-12 education. The state reviews the core standards every six years or so. We were getting ready to embark on a series of town hall meetings across the state to hear from the broad range of people that are interested in what those standards might be and our educators, our parents, and community members. That may still happen in some form or fashion because we do need to update our standards. But that effort is now in the backseat as a result of the pandemic.

At the higher education level, we were working on trying to chart the future for our colleges and universities in Idaho. They’re facing financial difficulties, and they had frozen tuition because of concerns about the rising cost of tuition on students and the increased debt many students come out of colleges with. We were working with our colleges and universities to retool that system.

All of that has been disrupted by the pandemic. We’re now meeting regularly as a State Board, sometimes a couple of times a week to navigate the myriad of questions that come about.

For example, what can we do to help high school students who are required to take the SAT tests in person in order to be admitted to colleges? The plan has been to hopefully set aside the requirements which have been in place for decades and create a new system that relieves the burden on students for this year. Meanwhile, ACT and the SAT organizations are working on how to deliver those types of tests digitally but that’s evolving.

LPOSD is Ahead of Most Districts in the State

Lake Pend Oreille School District has been ahead technologically, thanks to the investments they’ve made in infrastructure, wireless, and hardware.

This is a process they have been undergoing for a couple of years now at least and it has put our school district in a better position than many others across the state. What I and many others have observed across the state is the gaps in our internet and broadband infrastructure accessibility in remote areas have really now been clearly amplified.

Whereas past debates have been about the what-ifs, now we know with stark reality where the holes are. There are still numerous problems in accessing the internet, especially when you have families that have two or three students that need to use one laptop at home for school. We are ahead of the curve, but there is a lot more work to be done.

Our number one concern is to curtail the spread of the virus and make sure that we’re doing everything possible to protect vulnerable citizens and to make sure we have hospital capacity so anyone who becomes critically ill is able to get the care they need. And that translates into our school system as well making sure our students and their parents and families are minimizing the risk of catching the virus but at the same time trying to deliver the education that students need.

Who Decides When Schools Reopen?

At the beginning of April, we set a statewide policy called a soft closure. A soft closure is a strong recommendation that districts close their schools, school buildings, but still attempt to deliver education to students and also deliver lunches and breakfasts as they do when they are open. In mid-April, we extended that closure alongside Governor Little’s guidance, out to the end of April.

At the State Board level, we’ve set an overarching policy for reopening under certain criteria. The local school board that’s elected locally decides what’s in the best interest of their community and they work hand in hand with their regional health districts to determine if the criteria have been met and if it’s safe to reopen.

Our Community to the Rescue

Some of our larger and small businesses across the state have become organized in the last couple of years in support of public education. They have launched an incredible effort to collect unused laptops from businesses, refurbish those, and get them out to students. Brent Carr at Litehouse is working with the school district to head that up and its a tremendous example of the Greater Sandpoint community coming together when times are tough. I really applaud them and our community members that are stepping up to help out with that.

Also, many local businesses are deploying hotspots in parking lots like the one at Matchwood Brewing. Districts have deployed hot spots in school buses and park them in a neighborhood.

These are the other things that give me optimism. People are being incredibly inventive and creative at trying to make things work.

Statistics show we are flattening the curve. We haven’t had a spike that has overwhelmed our hospitals and it’s important to recognize we are being successful at curtailing the spread. Lastly, I wanted to give a shout out to organizations like Panhandle Alliance for Education and Idaho Business for Education for the work they’re doing to support our school districts here and across the state. I also want to commend our parents who are working from home and have become the teachers. I want to commend our teachers and our district staff that, you know, there’s some thought that they aren’t doing anything and they’re all just sitting at home but nothing could be further from the truth. They’re working harder than ever to make sure they can provide some level of education for students and support for the parents to deliver that.

I want to give them a huge shout out and thank you.

To donate unused laptops for our students: Learn more about the Idaho Businesses for Education Community Activation Project.