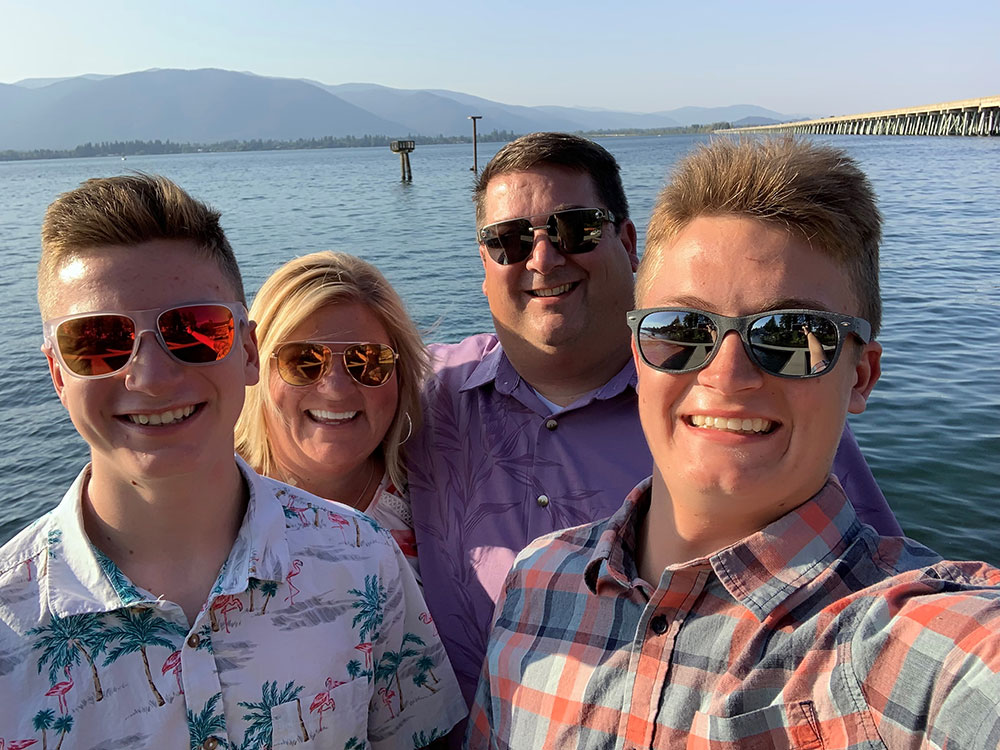 Kelly and Diane Prior

We moved to Sandpoint from Spokane in early 2003 for Kelly’s position with Litehouse. Our oldest son was a young toddler and we were expecting our second son. We remember being cautioned by friends about the quality of Sandpoint schools. However, with the efforts of PAFE and the school district, we feel our sons had a great, solid education that positioned them well for college and beyond. We’re proud to say we sent our kids to the public schools here.

We’re both from families of teachers, so we believe in education as a foundation for life. Diane volunteered in our sons’ classrooms and saw how many children in our community have so little, and it tugs on our heartstrings. We can’t change the world with our level of giving but we can make a difference in the lives of a few kids here via the quality of their educations.

Our first exposure to philanthropy was from one of Kelly’s mentors in Spokane that was an active supporter of the arts, and he involved us and modeled what philanthropic leadership can mean and do. Then it was as a recipient of it with Shriners, when our youngest son received treatment at their hospital at no expense to us.

When it comes to school programs, we love the innovative projects launched with PAFE dollars and later funded by the school district itself, which is how PAFE’s collaboration with the district works. For example, while in middle school our sons studied “The Brain Unit,” initially a PAFE-funded curriculum that continues to be taught and funded by the district.

We’re proud of the Social & Emotional Wellness Program launched in 2017. PAFE helped to fund an increase in elementary school counselors, the addition of a social and emotional learning curriculum along with teacher training, and Peer Mentor Training at Sandpoint High School. Students in all grades learn to have empathy, manage their emotions, and solve problems – critical skills for our changing world.

Although we believe in the fundamentals, we’re very much in favor of school programs that go beyond the traditional subjects — programs that help students in other important areas of life. We love the fact that PAFE not only supports the strategic programs in the district, but they ensure the contributions are results-driven, providing great trust as stewards of our contributions.

We’re happy to have been the first participants in the Founders Fund that grows the PAFE endowment to cover operating expenses and overhead so that all future money raised goes directly to programs. It’s nice to know we’re a part of something that will go on forever.

Kelly Prior is President and CEO of Sandpoint-based Litehouse, Inc., which sponsors the annual fundraising golf tournament for PAFE. In 2014 he was invited to join the PAFE Board and became Treasurer, Vice President and now President in 2020.

Diane Prior has volunteered on the PAFE Gala Committee for several years and she also served on the Kinderhaven Board of Directors from 2012 to 2014.