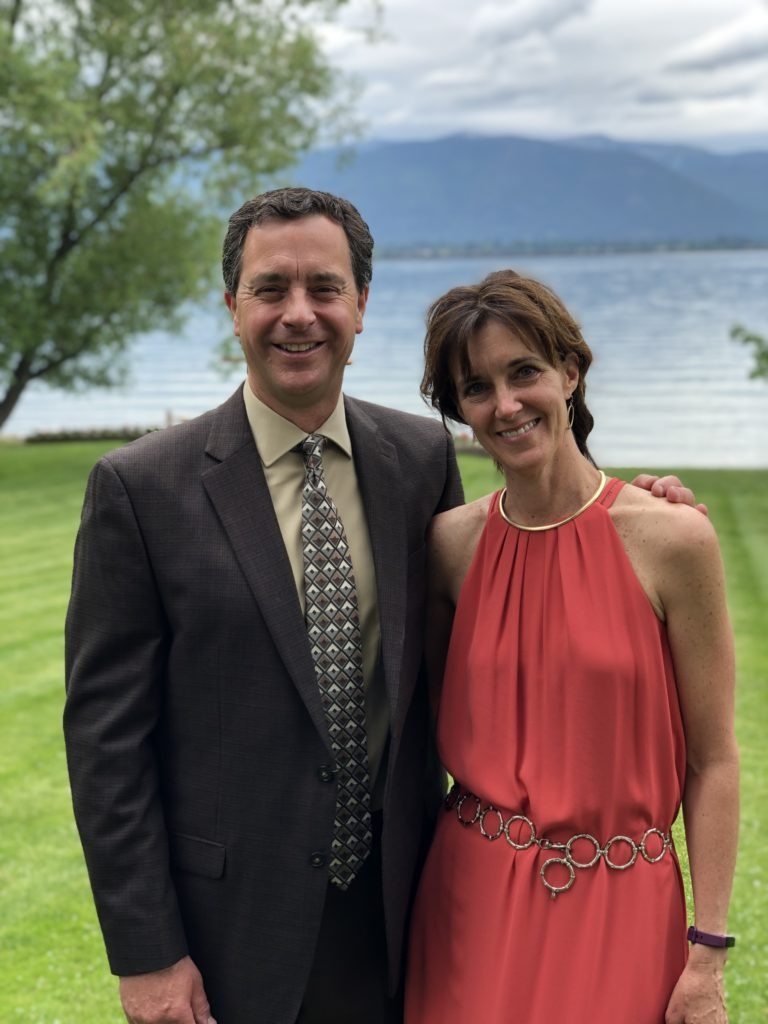 Planting the Philanthropy Seed in our Children

We both come from families who believe in education, and we met as students at Gonzaga University. We married, and after Jim finished dental school we decided to move back to Sandpoint to raise a family. Like Jim, our four kids all went through the public school system here and had great teachers.

In 2005 we attended the first PAFE summer fundraising gala. It’s still the premier party of the year in Sandpoint, the presentations are moving, and the passion is contagious. At that event we were awakened to how important giving is to our small community.

It was perfect timing, because our financial obligations – school debt, raising four children, and building a dental practice – were beginning to decrease, and we were able to start a philanthropic fund. It’s important to realize that you don’t have to start with a huge amount of money; you can start with what you have. Later, when you’re retired, you can start giving away the interest on what you’ve built.

We’re continuing to contribute to our fund, which we named the Sr. Gloria Lewis Fund after Jim’s aunt, an educator. The fund, managed by the Idaho Community Foundation, is a donor-advised fund, meaning we will decide annually on the beneficiary. Because our focus is education, and because of Geraldine’s involvement with PAFE, our intention is that when we retire five to ten years from now, we’ll begin tapping our fund to underwrite PAFE programs and teacher grants.

As parents, you plant as many seeds as possible in your children, and you hope that some of them grow. Our kids all have strong ties to Sandpoint, and we’ve wanted them to understand that regardless of where they might eventually reside, they have a responsibility to their community of origin.

We’ve talked to our kids about our ICF fund and hope they see it as one example of how people can fulfill that responsibility. The fund will live on after we’re gone, and we can imagine our adult kids coming together every year to decide how to direct the proceeds, which involves discussing things that are bigger than their own lives. It will be a positive and meaningful connection for them down the road.

Geraldine Lewis worked as a PAFE volunteer then on staff as a fundraising events planner from 2006 to 2012. She was on the PAFE Board of Directors from 2014 to 2020 and was president for five years. She also served on the board of the Lake Pend Oreille School District for the past five years and has been on the board of the Innovia Foundation, serving eastern Washington and northern Idaho, since 2018.

Jim Lewis is a Sandpoint native and has a dental practice in town.