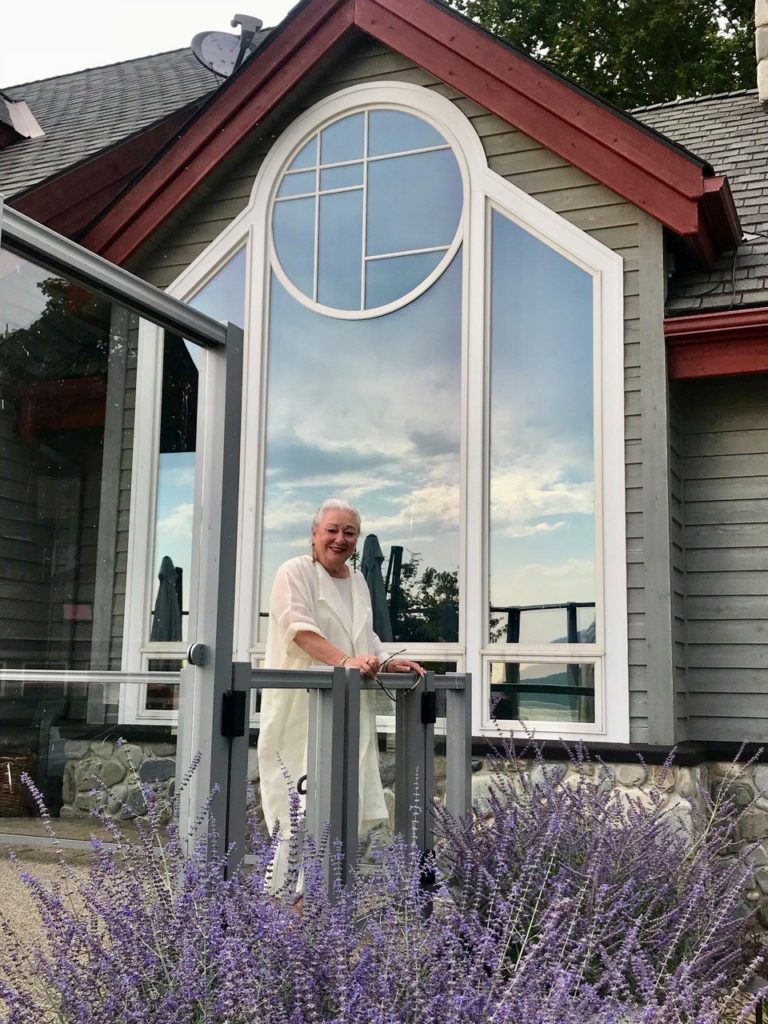 After decades working in Chicago and New York City, in 1998 my husband and I moved to Sandpoint when I was offered an executive position with Coldwater Creek. Howard had always supported my career, and he wanted us to make this move. I knew no one here but I soon fell in love with the community. It’s the best place I’ve ever lived for how people give and pull together to make good things happen..

We don’t have kids – education and healthcare are our passions. We saw the shortcomings in those areas when we moved here, and I said, Let’s get involved. Howard has volunteered with and raised money for Kinderhaven and Bonner General Hospital for years now. In 2002 when I met Mindy Cameron and Bill Berg and listened to their vision for an independent foundation to support education in Sandpoint, I got on board. In the years that followed I was able to leverage earlier fundraising experience and to mobilize resources at Coldwater to bring in millions in outside money to benefit PAFE.

A healthy community needs good education and healthcare. When local companies are recruiting employees, applicants ask about these two things, and when we moved here, the dropout rate hovered around 50 percent. Since then PAFE programs have boosted pre-kindergarten education to involve young parents, drastically improved reading scores across the grades, and funded counseling for post-secondary education and training. Sandpoint schools are now among the top-ranked in the state.

The district has all the pieces that were missing – but the system still needs support.

In 2007 we established a private fund for PAFE that’s managed by the Idaho Community Foundation. Our financial planner suggested this idea, and I wish more financial planners would talk with their clients about personal endowments and estate planning – yes, give to your family, give to national groups whose work you support, but keep some of it local. PAFE’s endowment lets the organization continue its work through economic downturns as well as booms.

Each year our ICF endowment gives the PAFE Glass Slipper Award to a teacher whose grant application is seen as the most innovative or having the biggest impact. In today’s world it’s hard for students to stay focused, hard for teachers to capture their imaginations given the budget constraints they face. The PAFE grants are about motivating teachers to motivate their classes, and the stories and statistics speak volumes about the teachers’ achievements and accountability.

We named our award the Glass Slipper because we’ve been so fortunate; our own story can feel like a fairy tale. I couldn’t be more happy that I got involved in PAFE, and we’re so grateful that we can contribute in this way.

Georgia Shonk-Simmons is the former president and chief merchandising office of Coldwater Creek, a catalog and online retailer of women’s apparel. She spent 40 years in the fashion industry and received a Lifetime Achievement Award from the International Fashion Group as well as the Sandpoint-based Women of Wisdom Award. Georgia was an original member of the PAFE board of directors.

Howard Simmons owned a painting and decorating business. He is also a retired Chicago firefighter. He served on the board of directors of Kinderhaven, a Sandpoint group foster home and emergency shelter for children, and is a longtime volunteer and fundraiser for Bonner General Hospital.